As Anne and I began our interview, her phone rang, her husband with news regarding his recent deployment. In her eyes, I saw a dream on the horizon, a possible mission that would place him permanently in San Diego, giving them the chance to finally start a life under one roof.

For those of you who don’t know what spinning is. Put this in your mind: One hour of high intensity peddling on a stationary bike, ever-changing grades of resistance, high tempo music and a room full of riders pushing to burn calories; 500 to 800 to be exact. Add to that a cycling drill sergeant motivating you, and you have 50% of the picture. The other 50% you can only get by attending a spinning class. No lie, it’s an addictive and extreme workout. I know first hand, I teach it seven times a week.

Group fitness it is called, a constantly changing culture of mostly very cool and collaborative people. A healthy minded collective ranging from career athletes to part time coaches, and in all, an interesting mix of back-stories. Per me, besides the real world hill climber and sprinter, I’m the goofy and helpful one. Always willing to play strange music and help a co-instructor. An attitude that set stage for introducing today’s featured stranger-now-friend. A multi talented rider and yoga power woman, who smile was as radiant and as her story.

At first she was not excited to participate in the project, saying she did not have anything interesting to share. But there was something about her that I knew needed to be told. I just did not know what it was a first. But I couldn’t let it go. Not that I pestered her in any way, quite the opposite, I simply stopped talking about it as I allowed the spirit of the moment to take over. A feeling having experienced many times by that point of Sidewalk Ghosts was what I again submitted to. I simply let the offer hang in the air.

I focused back on helping her as we set the stereo to her preference, an as we did, somewhere in the middle of audio check, she accepted the opportunity to contribute. Seemed the little invisible voice spoke louder than my words.

Please meet Anne, a most remarkable woman. Soon you will know just how remarkable.

The time for Anne’s class to arrive was not far off, so continuing to assist her without distracting from her from her pre-class warm-up; I grabbed a few fun shots of her checking the bike. As mentioned, she was in amazing condition. Pushing like the drill sergeant she obviously was, she stood to full-out standing sprint, smile on face, she looked at me, breathed freely as she waited for my response. NO LIE, SMILE ON FACE! She was not human, most mortals in the same situation would have been grimacing and gasping.

Sprint over; she sat to test her climbing. With heavy resistance pressing back against her pedals, she comfortably relaxed her torso, and then it appeared again, that motivating smile. Oh the pain of it all! I thought. Her class had better watch out, they’d be putty in her hands before they knew it. Pulled in by her smile, but then, by the pace of the effort she exampled, I was sure they all would be on the floor by the end of her one-hour session. What a way to burn calories, being smiled into submission.

But that was only the wrapping to Anne’s story. True, she was a poster child for fitness. But deeper than her physical ability was her devotion to country and husband.

You see, Anne was a military wife, one in thousands of unsung heroes.

It’s easy for us civilian folk to recognize the men and women in uniform. I can’t tell you how many times I’ve shook the hands of those who sacrifice so much to preserve our freedom, and I ask you to please take moment of pause to thank them for their efforts.

Yet, in seeing our uniformed protectors, we are only seeing half the picture. For many of them the sacrifice is more than risking personal life and limb, they leave loving families behind as they serve. As mentioned; unsung heroes, who not always easily spotted, deserve as much praise as they’re far away spouses. For they are the selfless ones, the ones who by their faith and courage, stand side-by-side with spouses in sacrificing all to bravely serve our nation.

Unless you have served or have had a family member serve, there is no way you can completely understand this sacrifice. I thought I did, that was, until I met Anne.

As Anne and I began our interview, her phone rang, her husband with news regarding his recent deployment. In her eyes, I saw a dream on the horizon, a possible mission that would place him permanently in San Diego, giving them the chance to finally start a life under one roof. Yet, it was bad news; the San Diego deployment had dissolved. 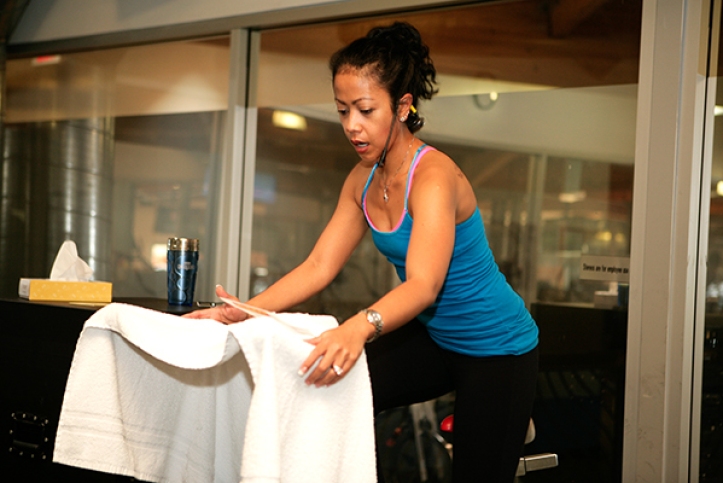 The military life is one that changes in a moments notice. Although saddened, the spirit of Anne’s disappointment was content. I did my best to look away in allowing her privacy, but as I moved in giving her room, I could hear the love and pride of husband in every word she shared.

My eyes watered up as Anne talked with me post the phone call, held back tears in her eyes, “I am so proud of my husband, he is always smiling and thinking of others. The most positive man I know. And when things are down, he is there to pick me up. I married a good man. I am blessed and honored to be with him.”

After hearing that, I never viewed a military man or woman the same again. Sure, they will forever get my families appreciation. But one extra thing I will always be noticing. If they are wearing a wedding ring, and if so, I now know what to say, “my prayers are with you and your family.”

God Bless those who protect our freedoms; and to the angels in heaven, please watch over the families who so selflessly stand by them.